Urban residents should not go to villages this Christmas

December 11, 2020 9:42 am Published by Raymond Mugisha Categorised in: Uncategorized 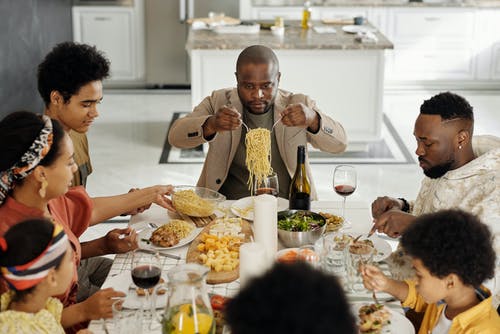 It is a sitting tradition that Ugandans dwelling in Kampala city and other urban centres flock to the villages of their origin for Christmas festivities. Entire households use the season to relocate to villages for a brief but busy span of time during which there is a lot of merrymaking and celebrations.

It involves a lot of interaction of city dwellers with their elders, and their rural social network of old friends. This happens in church gatherings, home parties and other events that happen in rural townships and trading centres.

The above tradition should be skipped this year. About 25 percent of Ugandans live in urban areas, in much smaller geographic dispersion than their rural counterparts. In Kampala city itself, daytime population is estimated at four million people; which constitutes about ten percent of Uganda’s entire population.

Kampala area is approximately 189 square kilometre in area, or simply 0.08 percent of Uganda’s land mass. There is no need for probing the closeness of human beings crowded in a scenario where 10 percent of the entire population is conducting business in such a small area.

The social-distancing safeguard against coronavirus spread is thus most challenged in Kampala than anywhere else in Uganda. As a result, it is possible that people carrying the virus are thus more concentrated in urban areas than the countryside.

Urban populations that get engrossed in the day-to-day business within the city and other urban centres are mainly young, energetic individuals.

Individuals aged between 18 to 44 years have statistically shown highest migration trends, from rural areas to urban centres, as well as between different urban centers. In Uganda’s 2016/17 national household survey, they accounted for 41 percent of all rural-urban migrations for the previous five years. They arguably make up majority of our active urban dwellers that interact closely during the day, for business purposes.

Kim JK and Crimmins EM (2020), in a study; How does age affect personal and social reactions to COVID-19: Results from the national Understanding America Study, noted that about 79 percent of COVID-19 deaths reported by August 29, 2020 occurred at ages 65 and above.

As such, when younger people infect older ones with the virus, the chances of the latter to survive the virus are much less. If there are many asymptomatic cases within the younger populations, and people travel to the villages for Christmas in droves, our Christmas festivities could trigger a sharp spike in the coronavirus pandemic cycle.

It is possible that some young people are carrying the virus, without any symptoms and during the Christmas season they may carry the virus to their parents and other elders in rural areas.

While the parents of town dwellers, and other elders in the countryside are physically less capable of contending with the virus and would most likely fall from it in huge numbers if they contract it, it is also impossible for town dwellers to travel to their villages and then restrict interaction with parents and their extended families.

It is also unlikely that government would take measures specifically to address the unique exposure to the virus spread around Christmas since the current stage of response is towards loosening lockdown restrictions.

However, for the good of our senior citizens who are resident in villages, we can decide to hold ourselves back from this year’s Christmas festivities and stay in our urban locations. There will always be time to catch up for this season, if we must celebrate in compensation.

If on the other hand, we approach this Christmas season as usual business, we might regret the consequences when it is too late.

Of course all this may be considered as mere pessimism, but as the saying goes it is better to be safe than sorry. We are better off being cautious even when we do not have all the details and facts of the virus transmission risks that would come with Christmas festivities. As Ugandans, we can decide to take this measure of restraint around Christmas travel, without it being enforced by government. A merry Christmas to us all!