November 24, 2020 7:13 am Published by Raymond Mugisha Categorised in: Uncategorized 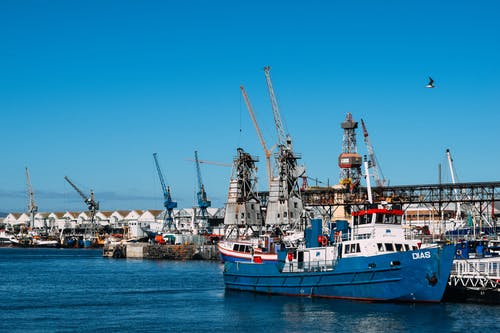 History bears interesting record of trade within Africa dating as far back as the fourteenth century.

From ancient Kano in present day Nigeria, the ancient Nubian Kingdom to Bunyoro in Uganda and beyond, the story goes on highlighting established trade systems that predate the much later conquest of Africa by forces from Europe.

It is recorded for example that the Portuguese first established trade contact with the coast of Africa mainly focusing on trade in gold.

Unfortunately, the commercial relationship thereafter, shifted to slave trading around 1444.  Historians would expound knowledge of ancient African commerce more affirmatively and certainly with some wonderful detail.

The formalities of doing business have certainly been changing over time and there would be differences between today’s trade methodology and the mode of business executed by our ancestors in ancient times.

Today’s corporation as we know it possibly traces its roots to America of the late 1700s. As expected, it would differ significantly from trade vehicles of ancient Africa.

The progress of the African corporation can be located within the previous century, and especially in the last half of it.

In recent times though, there has been so much momentum in advancement of the African corporate brand.

There is growing interest and ability by indigenous African companies to spread out on the African continent.

A recent publication by The Economist indicated that two-thirds of African firms surveyed by McKinsey, a consultancy, in 2017, planned to enter new countries in the region in the next five years, compared with half of foreign multinationals in Africa.

According to the Boston Consulting Group, the 30 biggest African companies operated in an average of 16 of the continent’s countries in 2018, twice as many as in 2008.

The above constitutes an impressive trend for the indigenous African corporation which has arguably gone through a maturity phase stretching a mere six decades, since the period around the early 1960s when most of Africa transited from colonial control to hand over the control reigns to Africans, and by implication cede control of the trade space on the continent to Africans.

Certainly there are African companies that began way before the 1960s, especially in Southern Africa, but in the context of today’s environment, they would possibly not be considered African businesses by virtue of the exclusive nature that their practice would have exhibited in older times.

Leading African brands have taken the move to stretch out across the continent, setting a trend for other upcoming ones to gather the confidence to follow suit.

For example, The Dangote Group of Nigeria, a business empire that traces its origin to the later part of the 1970s has spread out across Africa and operates in up to ten countries.

The Group has taken over market share in the cement industry and outstripped Swiss LarfageHolcim.

Such is testimony that African businesses can indeed thrive and perform excellently, and a confidence block for upcoming entrepreneurs on the continent that success is within reach.

Econet Wireless which Zimbabwean entrepreneur Strive Masiyiwa began in the mid 1980s has now spread out and has presence in up to fifteen countries in Africa, Europe, USA, Latin America and Asia-Pacific.

Cevital, Algeria’s biggest privately-held company, owns one of the largest sugar refineries in the world.

Cevital Group is the first Algerian private industrial group and it was started in 1971 by Issad Rebrab.

African brands such as Equity Bank, an institution that began as a building society in 1984 in Kenya have since spread out and made remarkable impact in the Great Lakes region.

Since the turn of the 1960s, therefore, has witnessed the birth and evolution of many African corporations. In recent decades, these businesses have registered significant growth, especially through continental spread.

It is logical to bear the hope that the future can only get better for the African corporation given advances on the continent for a unified African market, in all spheres business.

This is a key agenda item for the African Union today and it speaks of better times ahead. As a continent, we all need to embrace this commercial transition and manage it to the best of our abilities.

That way, the above story of the African corporation can only get better. The star of Africa’s corporate entrepreneur can only shine brighter, business challenges within the continent notwithstanding.