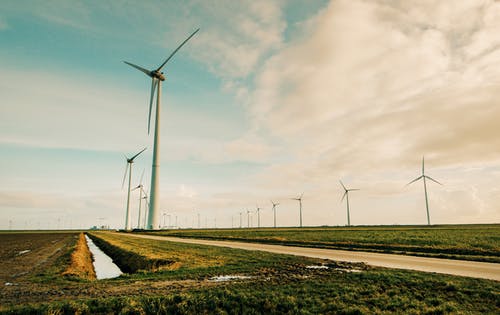 Africa has a high potential for generating solar energy, estimated at 10 terawatts. Hydro power potential is estimated at 350gigawatts, wind at 110gigawatts and geothermal energy sources at 15gigawatts.

African Development Bank highlighted the above, just two years ago. This is good news indeed for we, as a continent, are in great need of utilising this potential.

The National Council of Structural Engineers Associations defines clean energy as the one derived from renewable, zero-emissions sources, as well as energy saved through energy efficiency measures. Common renewable energy resources are biomass, geothermal, hydropower, solar and wind potential for which is significant for Africa as already highlighted.

Unfortunately, even with the above hopeful scenario for clean energy, Africa depends a lot on wood fuel. According to the Food and Agricultural Organisation of the United Nations, in the various African regions, wood fuel share ranges from 61 to 86 per cent of primary energy consumption, with a major part of about 74 to 97 per cent consumed by households.

Owing to this, among other drivers of clearance of vegetation cover, the rate of deforestation on the continent is such that indigenous forests in Africa are being cut down at a rate of more than 4million hectares per year, a rate which is twice the world’s deforestation average.

Widespread deforestation is a major contributor to global warming. During the course of their lives, plants absorb carbon dioxide from the atmosphere and store it as carbon.

When trees are cut and either burned or left to rot, the carbon stored in them is then released into the atmosphere as carbon dioxide.

According to the World Resources Institute, between 2015 and 2017, global loss of tropical forests contributed about 4.8billion tonnes of carbon dioxide per year, which is about eight to 10 per cent of annual human emissions of the same gas.

As carbon dioxide accumulation in the atmosphere rises, the gas absorbs a significant portion of heat that would otherwise be escaping to space and this results in earth’s heating up, or global warming.

Global warming is a key contributor to global climate change, advance of which is a big threat to Africa. It is a recipe for widespread and escalating hunger and will complicate the poverty situation that the continent already grapples with, due to huge challenges to agriculture that will continue to escalate with it.

As earth continues to warm up, precipitation will continue to increase in parts of the world, and yet other sections of the globe will face severe droughts, higher risks of wild fires, water shortages and loss of crops and animals. Disease-causing organisms such as mosquitoes and crop pests will flourish under these conditions and afflict humanity with increasing trends of illnesses.

The traditional reliance on fossil fuel such as coal, oil and gas, further complicates the challenge. When these fuels are burned, the carbon stored in their constituent bio-matter that lived very many years ago is also released to the atmosphere as carbon dioxide. This compounds the global warming effect and sets climate change on a downward slope for a spin.
There are also other causes of deforestation such as clearing more land for agriculture as food demand rises against a growing population. Human activity has extended to destruction of wetlands and other important carbon sinks (reservoirs that absorb more carbon than they release).

However, it is noteworthy that energy needs and the relevant options that are exploited to satisfy those needs are vital to addressing the imminent danger upon us. If we strategically shift our energy supply to that which is renewable and work to systematically phase out high dependence on fossil fuel and wood, we will be well on the way to averting the imminent calamity awaiting us.

For the continent, it is a matter of realigning investments in energy. We have all the natural endowments to facilitate this switch. It is advisable that governments and private investors keep up and even increase the momentum towards energy substitution measures that seek to replace fossil fuels and wood fuel, with clean and renewable energy sources.

It is a lucrative and sustainable move for us all. It is also a strategy that will guarantee our descendants a safe and pleasant continent to live on.

Coupled with the global outcry for averting the advance of climate change and related efforts by governments and international players, investment in clean energy options is both a strategic business, as it is a necessity for the governments themselves.